KICK BACK, RELAX, AND PUFF 😎

Puff is on AMAZON!!!

“Nobody Comes into a Bar with a Small Problem” 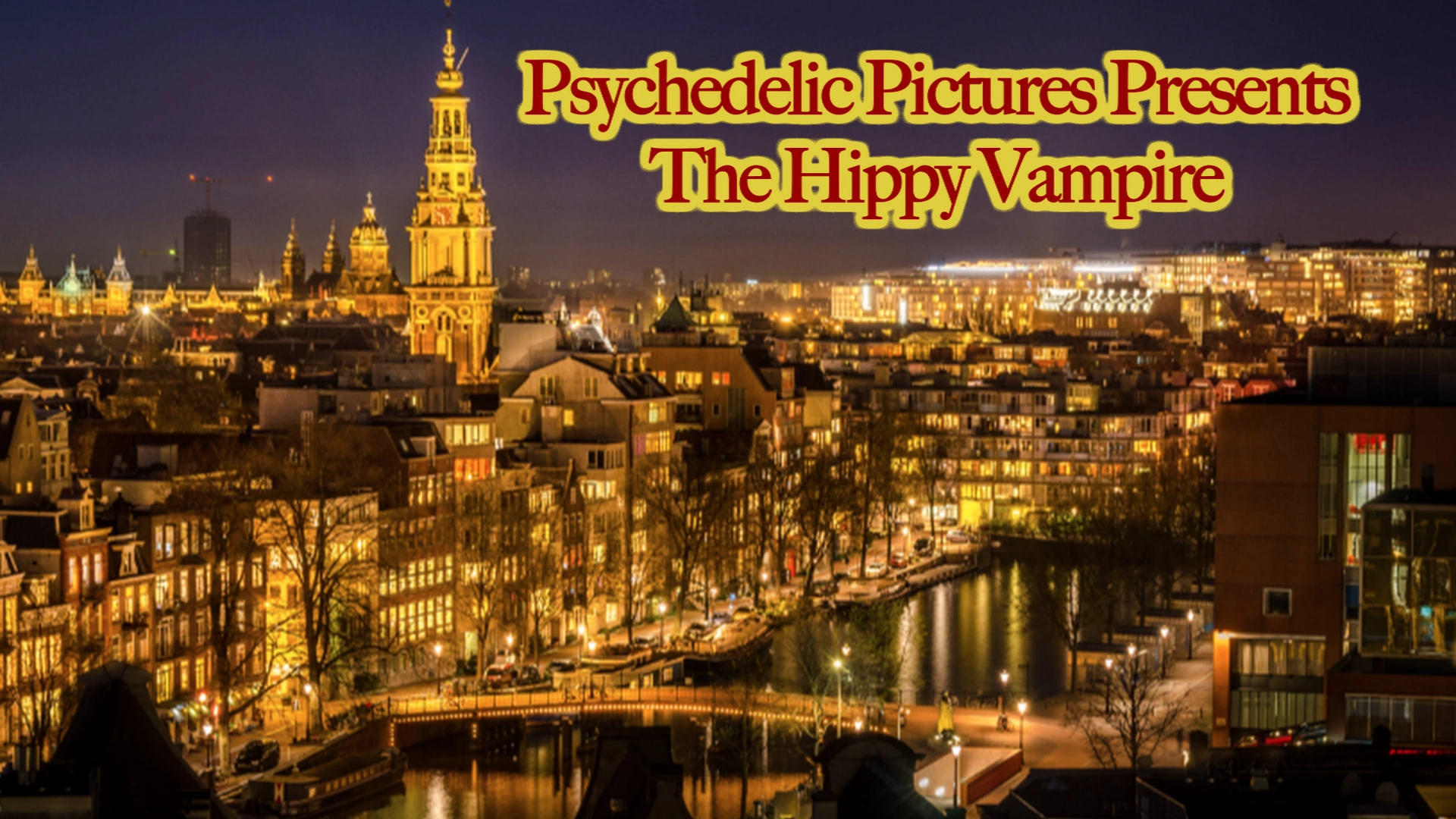 It's Lonely in the Dark Baby!

Appearance on SIIUS/XM Howard 101 with

We currently have three main goals to accomplish.

1. We are looking to find investors, sales agents, and co-producers

-We also have a ten episode Netflix style television series called "The Lounge,"

The show is "Cheers" Meets Entourage.

I have been writing screenplays for hire cased on notes on ideas from film companies and agencies that are developing ideas into screenplays.

I have written seven screenplays and 9 pilots for hire in the last few years specializing in comedy.   Including my own work,  I have written

over two thousand pages of screenplays and love doing it.  We can work things out within your budget.  We also write budgets, shooting schedules and business plans.

The World tour of the 93 minute comedy "Psychedelic Pictures Presents :Puff" continues at The Venice Film Festival in Italy!

Our film Puff has been released in Germany and AusTRIA!!

I have had a dream to make the world smile since I was a child.

I wrote a Bio/Mission Statement to give you guys a sense that what we  are doing is directly connected to the culture.  We were definitely tested.

I keep meeting kindred spirits that have experienced similar  challenges.  We are not the only people on this mission to make people laugh.

Comedy is an Ancient Art of Alchemy.

We take Hate and turn it into Love..

I watched the friends and family around me become sadder and sadder.  People feel constricted and isolated these days.  Fear and a seeming  lack of choices forces them to behave in a way that is distasteful to themselves.  Unfortunately their own voice of defiance has been drowned out by the opinions of their parents, friends, and employers, etc.  Things get worse for many of us with each year making us feel less  connected and more alone.

As a teenager I went to Israel to participate in a leadership program under the tutelage of Benjamin Netanyahu.  During my stay, a friend of mine was assaulted and the witnesses just laughed at her instead of helping. I was filled with rage and a desire of revenge.  I could not  stand by and watch the people I love suffer, so I decided to move to  Israel and become a soldier.  I went to inform a Rabbi that I had  befriended about my decision excited to hear his feedback.  He looked at  me asked me if I realized how funny I am.  He said I could take a bad  situation that would drive another man to kill and disarm it with a little bit of laughter.  He asked me if I ever saw Caddyshack, which  happened to be both my favorite film and the very place I saw my first  breast!

The Rabbi smiled at me and said “No one wants to be Judge Shmails!”.  No one wants to be cheap, or racist, or a bully.  Anxiety is a killer.   It can leave you spinning out of control to where you no longer can  think or concentrate over the volume of your situation.  Seeing a film  can allow people to exhale again, so can they can solve their own  problems.

Any society that views Joy as Frivolous is Doomed.  :0(

Years later I went to college at Arizona State university to study business to  become a….   Lawyer?

As boredom set in at a business class, a  girl sitting next to me invited me to a Grateful Dead Show in Carson,  CA.  I jumped in a van with a few kids I knew and went out to the Show.   That day in Carson ended up being one of the most defining moments of  my life.  I had what alcoholics often refer to as “A Moment of  Clarity”.

I realized that I wanted to be a writer. My  family had convinced me that if I didn’t have corporate job by 25 that I  would become ”Unhirable”.  Suddenly I was surrounded by bikers,  hippies, artisans, painters, drummers, gypsies and none of them had  fallen off of the earth. In fact they all seemed to be pretty happy. I  made a decision to change my major to writing. After Film School at  Columbia College in Chicago,  I moved to Los Angeles with the dream of  picking up trash as a production assistant in the Movies. After  a few years I found myself working on the writing staff of “The  Simpsons” at Fox.  It was like boot camp for comedy writing with 30 guys  competing with each other to be funny.

The day I left “The Simpsons” I  ran into  an old friend from my Grateful Dead days, who was working as a  producer.  Years before, I had talked him out of a bad experience  outside a Grateful Dead show in Oregon and he remembered it and got me a  job on the great film "Independence Day".  I called my Dad and yelled:  ”Don’t ever tell me again that The Grateful Dead never did anything for  me Dad!”

“Independence Day” pushed me to really grow as a storyteller. I ended  up working on VFX in Post and met the great editor David Brenner of  Oliver Stone’s seminal film “The Doors”.  I relayed to him how “The  Doors” had rescued me from a bad experience on Mushrooms.. He said that  the intention in the editing room was to use music and drama to affect a  change in consciousness.  It clicked inside of me that if I added  comedy to that equation that “Psychedelic Pictures” could be a vehicle  to accomplish the same goal.   David  told me that if I wanted to write and direct, a great place to start is  working in the editing room.  My job as an assistant would involve  organizing, cataloguing and memorizing all the footage in the movie.   Also I would sit for months with the Director helping to transform his  vision into a final product.  People would trust me more to direct   because I had experience delivering the thing that is sold.  After all a  Director’s job is to give the editor what they need to complete the  work.

A  friend recommended me for a job with Richard Halsey, the oscar winning  editor of “Rocky”, “Sister Act”, and “Down and Out in Beverly Hills.”as  an assistant editor.  The day after my last editing class I got a job on  my first movie with him.  Thanx to his mentorship, I was able to work  for the past 19 years as an editor on TV shows like “Scrubs” &  “Damages”, on films like “Spiderman 3” & “The Wishing Tree”, on  nine feature documentaries, and many more.   I  got an interview with Ron Howard to edit the trailer for “The Davinci  Code after I  editing a season of “CSI:NY” at CBS.  I was unlocking my  car when I was struck by a moving car.  I woke up with my body broken in  the hospital not knowing if I would ever walk again. All I could think  of was all the excuses I ever made not to follow through on my goals and  it made me sick.

I found myself never being able to sleep through the  night again without waking in horrible pain.   The pain killers they  originally gave me were too hard on my kidneys. A doctor prescribed me  medical cannabis and I was able to sleep again and even begin to  exercise again without pain because of the extra rest I was getting. I  decided to move to Manhattan in order to write, edit, direct, and act  in my 1st feature comedy movie.

I accomplished that goal with my partner  Jolana Opava with “Psychedelic Pictures Presents: Puff”.  The multi  talented Jolana Opava produced, designed the costumes and sets, cooked, and appeared in front of the camera as well.  We had a screening  at the Chashama Festival in New York that went  terrific. A group of Chinese students stood up and danced in the aisles  for half the film. When we got home a fire had burned down our  apartment.  A gas pipe broke and it burnt my work chair into dust, which  luckily I wasn’t sitting in at the time!  Firemen came in and rescued  my 2 cats Jake and Elwood and hosed down the fire.  Everything I owned  was destroyed. The next day I got a call from a friend of mine who owns a  Pizza place in Denver. He hired Psychedelic Pictures to write produce, and shot 2 commercials for them to promote their business.

We moved to  Colorado and produced our first 2 commercials as a production company. After completing the job, we moved back to L.A. after a ten year  absence.  Ever since I was hit by a moving car, I found myself never  being able to sleep through the night again without waking in horrible  pain.   The pain killers they originally gave me were too hard on my  kidneys. A doctor prescribed me medical cannabis and I was able to sleep  again and even begin to exercise again without pain because of the  extra rest I was getting. My Father and Grandfather both owned  Pharmacies.  That makes me a 3rd generation Medicine man.  I just use  jokes to heal sick souls.  The culture has been changed forever from cell phones.  The average  young person is lost in a virtual world with signs pointing in every  direction.  There is a sense of isolation out there.  Young people are  desperate to connect to each other in a real tangible way.

At  Psychedelic Pictures we have seasoned professionals working to stop this  creeping malaise in it’s tracks.

Yes,  people will be inspired to see the music we include in our work and  this will get them out of their virtual world to go out and see  live Rock and Roll with other humans.  Plus they get to jump around and  dance with other people. Now we are talking about a personal connection.  Problem solved baby!  Psychedelic Pictures is willing to play the fool for the greater  good.  We are attempting to give back the love that was handed down to  all of us when we were growing up.  Sometimes something as small as a  reassuring grin can light up someone’s heart in this tired and weary  world.  My Grandpa used to say if you shoot for the stars, then you  might hit a few mountain tops. We must embody the change we believe in  with Faith, Hope, and Love.  This is no longer a theoretical concept  thanks to your pals at Psychedelic Pictures. We will encourage you to  giggle.   Like the Blues Brother’s before us:  We are on a Mission from  God to make you laugh!

The world is going nuts with music.  Thailand and  Brazil have an uncountable number of people dancing on the beach all  year round.  These people are involved in a cultural change.  We intend  to be leaders in this new global music community. We have relationships  with many of the bands and be assured:  We Will Rock You.  It is  Undeniable! The only reason that no one has made another Animal House or  Caddyshack is that no one has the guts to go for it.  It is hard to be  bold in this P.C. environment that sucks all the courage out of any  room.

The filmmakers have forgotten to entertain the audience before  lecturing them. We  are not afraid to be silly in a world of scams, bombs, and victims.   There are more desperate things to be afraid of then Weed my friends.   Let us instead rekindle the Magic that founded: The City of Dreams: Los  Angeles, California.

Psychedelic Videos from the Past

I edited both commercials together for shits and giggles!

"A Real Man Has Chest Hair"